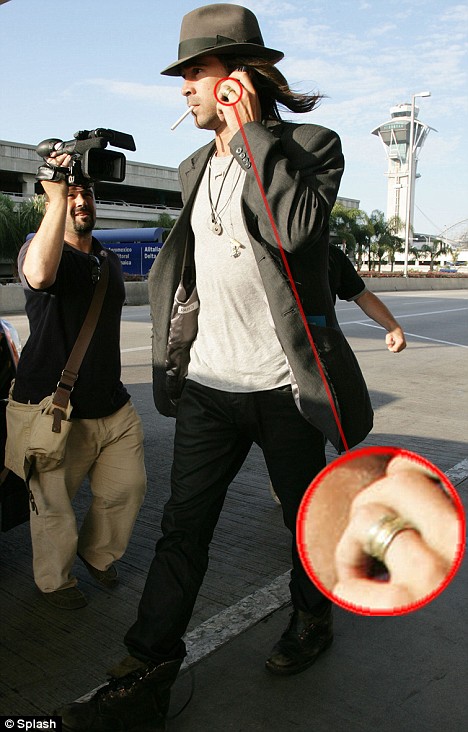 Irish actor Colin Farrell has always played the part of the Hollywood playboy. He's been linked to many women and dated few, but it seems that his bachelor days may be over.

Rumors are flying that Farrell has married 23-year-old girlfriend Muireann McDonnell. Although the 32-year-old actor has yet to confirm these speculations, he has been spotted sporting a ring on his wedding finger.

Photogs snapped a photo of him earlier this week at LAX airport with the gold band on his all-important finger.

Farrell has been linked to many famous women, including Britney Spears, Angelina Jolie and Rosario Dawson. In 2003 he had a brief relationship with model Kim Bordenave, which resulted in a child. The couple split, and in 2005, Farrell checked into rehab.

Since then, his life has been straight and narrow as he keeps his sobriety in check. Farrell and McDonnell met in 2006 while he was on vacation in Dublin. She's a medical student and Farrell has already publicly declared that she is the love of his life.

Do you think Farrell and McDonnell tied the knot? Take the poll here.